The gallery will be closed January 28th for a private event.

The life long goal of Sybil Rampen has been to create a cultural legacy on her family farm to educate and inspire future generations. Joshua Creek Heritage Art Centre, with its early Canadian buildings is an oasis to those seeking tranquility and a sense of well-being. The art gallery was originally an 1827 barn. It was restored as a tribute to the pioneers who settled on this land in 1810. 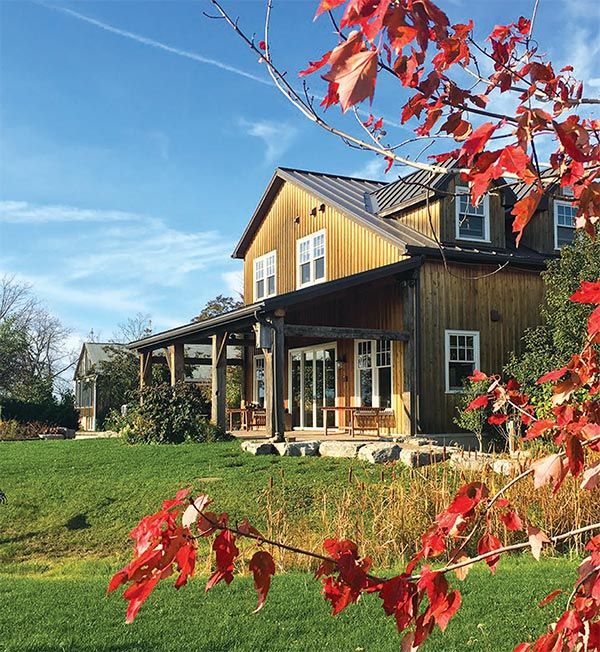 Two hundred years ago the first immigrants came to a great forest with the most basic tools for survival: an ax, a cross cut saw, a plough, seeds of wheat and corn, a cow and two horses. The only road on the Canadian side of Lake Ontario was a very rough track known as The Street, now the Dundas highway. Each farm was surveyed on a grid of 100 acre parcels purchased by treaty from the Mississauga Indians. The settlers of Trafalgar Township are known as the United Empire Loyalists, loyal to Britain after the War of 1812 with the Americans. In the tiny cemetery by Munn’s Church are gravestones of pioneers with the names of Biggar, Featherstone, Fish, Bowbeer and Post. Many of their descendants are still around. Gradually farms were cleared and markets established at the port of Oakville. Log cabins with fireplaces gave way to brick houses heated with iron stoves. One room schools, churches, and meeting halls were built at cross roads and neighbourhoods established.

The barn and the original kitchen with its shallow, heatgiving Lord Mumford fireplace were built in 1827 by William Somerset Bowbeer. He was a Reeve of Trafalgar township and had 12 children. In 1853 he added a brick Georgian house with five rooms and three fireplaces downstairs, and four bedrooms upstairs. 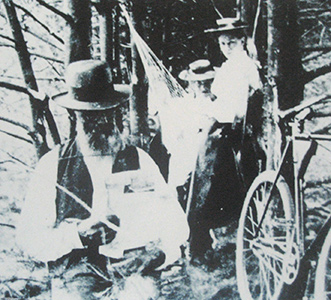 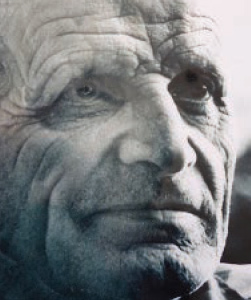 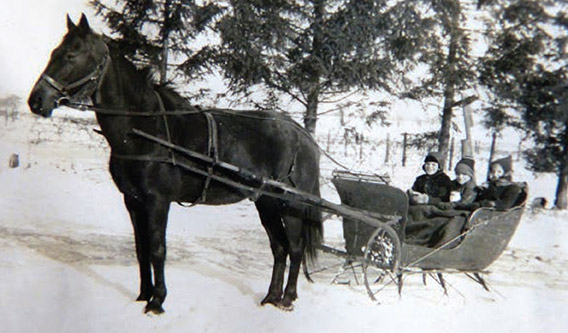 Sybil and brothers heading to school in the winter.

When Captain Hugh Calverley arrived in the township after World War I, his family was considered foreigners. His daughter Sybil grew up in this neighbourhood on the farm next door. She went to the one room school at Snyder’s Corners, played in the woods, helped with chores in the barn, swam in the pond, and square danced at that Township Hall.

Sybil recalls that even through the Great Depression, neighbours helped neighbours. This was a community where everyone knew everyone and there was much kindness and shared stories about “olden times”. A natural curiosity and overload of energy led Sybil through many adventures: After studying Art and Archaeology, University of Toronto, and two years studying and travelling in Europe, she became an Art Specialist and taught. In 1972 she discovered fibre art through Constance Howard and and is still teaching.

In 1950, Sybil’s father bought this Joshua Creek farm at an auction for her brother and his bride. After two years of hard work of putting things in order, the newlyweds decided to move west. In 1954, Sybil and her husband Leo moved in and raised their five sons here. The boys enjoyed growing up in the country, were educated and then departed to live their own lives. The house was empty. It was time to follow her dream of creating an art centre. Now the grandmother of ten and a great-grandmother, Sybil Rampen soldiers on, creating havoc as usual and enjoying the process.

The founder of Joshua Creek Heritage Art Centre is Sybil Salvin Rampen. She was born April 29, 1929 and grew up with United Empire Loyalists.

She fondly remembers sitting by a gas lamp and hearing stories about the olden days. Captured by these tales, Sybil has devoted her life to educating and promoting the importance of local heritage. 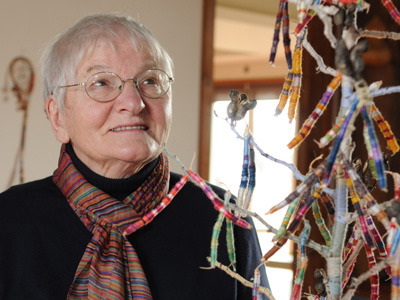 “This is a space and place for setting free the human spirit through kindness, compassion and making things, touching the earth through gardening and the labyrinth, opening doors into the creative spirit through the arts, and celebrating life with art, exhibitions, celebrations and heritage.”
— Sybil Rampen, Founder 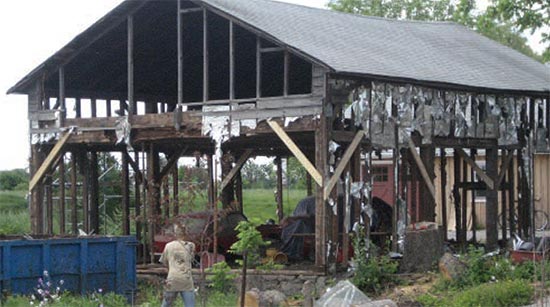 Construction on the barn gallery in 2007. 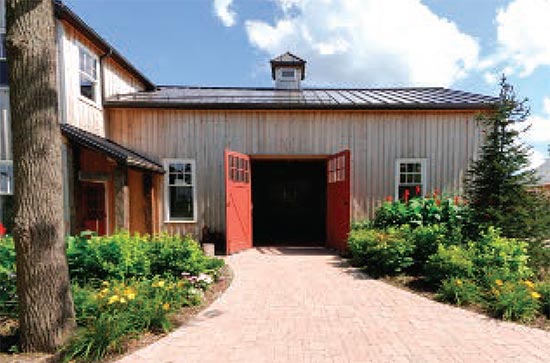 So much heritage is disappearing. Sybil’s focus is to preserve and pay tribute to the settlers and farmers who came here with a few tools and their bare hands. They cleared the land, built houses, raised families and have many stories to tell. The 20,000-year-old glacier creek drains all the surrounding land into Lake Ontario. This is an important factor and the Conservation Authority of Canada has many laws to protect creek land from development.

Over the years Sybil built additions on the back of the house; an art studio, a loft, a workshop, and in 2006 the Winter Garden connecting it all together. Much of the furniture is pine and of the period. Sybil’s intent is to leave future generations the gift of a Living Museum.

In 2007 the barn, with its hand-hewn beams, was moved on to new foundations and rebuilt to become an art gallery. The foyer was added as well as a large catering kitchen. A giant porch was constructed using beams from the barn next door. Upstairs is the research library and office. Various functions and activities bring life to Joshua Creek Heritage Art Centre. The large Labyrinth, modeled after Chartres Cathedral, is a mown path in a world class meadow. The gardens and lawns are extensive and the recently built gazebo is a place for weddings. Trees are continually planted on the property, often in memory of loved ones, to preserve the natural beauty of the property and provide habitat for wildlife. With the ongoing urbanization of the town, traffic, and loss of countryside, the vision for Joshua Creek Heritage Art is to be an oasis, a reminder of the history of this wonderful country. 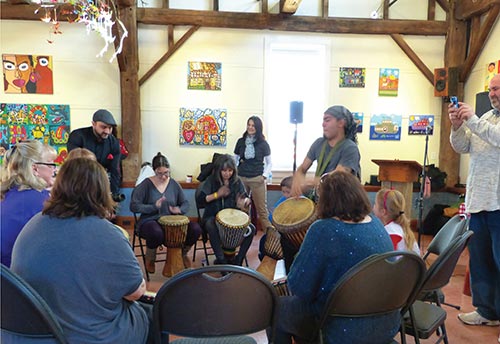 In addition to art exhibitions, the gallery hosts many events to bring the community together.